Jo Malone has launched her new scent, Wild Bluebell, which will be available from 1st September. I had already fallen in love with the perfume itself when I had a chance to test it the other week, and I have since seen the advertising campaign which has reaffirmed both my love of the perfume (Christmas present idea!) and of Tim Walker, my absolute favourite fashion photographer. 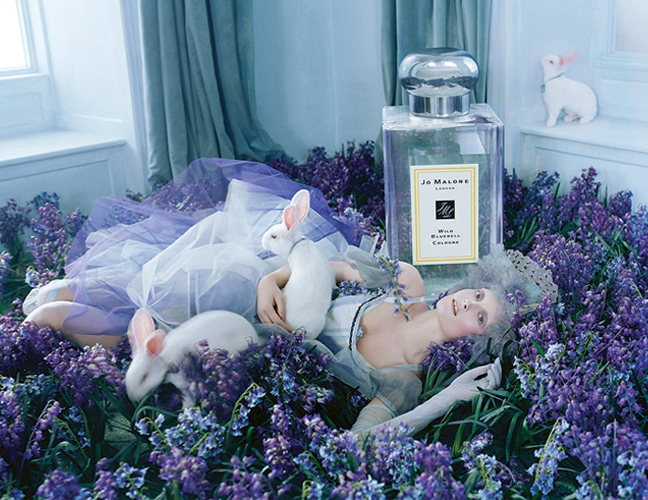 The primary image for the campaign is (in my opinion) vintage Tim Walker, capturing the essence of the Englishness of the scent in his own whimsical style. It features eccentric-looking model Iekeliene Stange as a pale English rose (striking a chord with me!) with white rabbits on a bed of bluebells in the setting of a Georgian Townhouse. Had I not already tried the perfume, I certainly would be seeking it out, as the Alice in Wonderland imagery and combination of quirky fantasy and quintessential Englishness is right up my street.

For me the best fashion photography is unique, intricate and creates sense of “otherworldliness”, and Tim Walker’s images rarely disappoint. Below are his photos from the S/S11 and A/W11  Mulberry campaigns as further examples.

Sundays in December are for getting cosy with romantic festive reads. I loved this Christmas novella from one of my recent favourites @kateclayborn.author ❄️🎄📚
✨And the bells are ringing out for Christmas Day ✨
Avenham Park is stunning in any season 🍁🍂
Our autumnal pumpkin corner is expanding 🎃 🍂
Celebrating the arrival of cosy season by treating myself to a pretty hardback copy of one of my favourite classics 😍
Happy October!