Ok they may not be the actual worst, but these terrible romances are the ones that have scarred me the most because I really love the films/shows as a whole! I’m a big old romantic at heart and nothing makes me more annoyed than lazy romance writing or a lack of on-screen chemistry. The “romances” in this list fall so flat for me.

Ok this is the big one for me because I’m a big Star Wars fan and I want to love every part of it. There’s actually a lot of things wrong with these films, but for some reason I just love them. That’s right – even the prequels (that’s true love right there)! But this supposed epic love story between Anakin Skywalker and Padme is inexcusably bad. The writers obviously thought that if they TOLD us enough times that they love each other then we’ll just accept it as truth. Here’s a tip – you shouldn’t have to tell us anything – we should be able to SEE it for ourselves!

Anakin: You… are so… beautiful.

Padme: It’s only because I’m so in love.

This one is a recent addition to my list and the inspiration for this post. I cannot tell you how much I hate the character Hannah. It’s inexplicable really as she’s not that bad in herself, but when they pair her with Dexter and try and make me believe she’s his perfect woman and they’re crazy in love (Dexter? Love? No, I don’t think so) then that’s when the writers seriously lost me. It’s another example of the above – if the characters say they love each other enough times then it becomes so. Well no, not in my opinion. I’ve read/seen enough romance stories to know that there needs to be chemistry and a general story arc to make us care. I reckon they did much better with the character Lumen in series 5, and they should have stuck with that!

No. just no. Who on earth ever thought that this was a good idea? It actually makes me shudder. 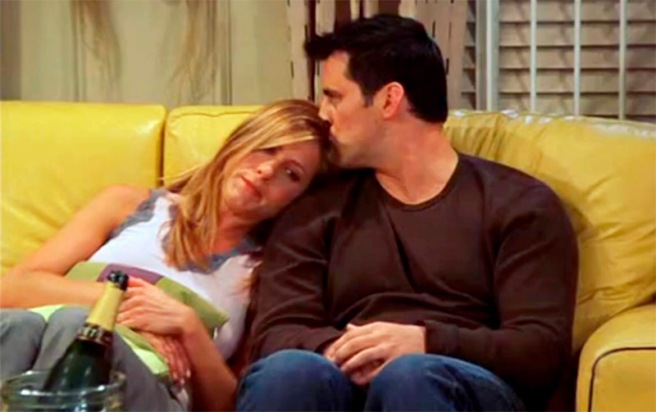 Chuck-and-Blair is as epic an on-screen romance as you’re likely to get with this sort of TV show, so I was never going to be convinced that they could fall in love with anyone else.

I know this is a dark fairytale and much more about war and the triumph of good over evil than it is about romance, but romance is obviously there! She obviously loves the Huntsman (hell, we ALL love that huntsman!). So why does it end without any real resolution? Talk about keeping us hanging!

They meet; she says the F word; she brings him tea; there is a misunderstanding; she sends him an emotional Christmas card…It’s a nice start. Oh wait. No, that’s actually the whole of the story. I don’t blame the actors and it’s not that the writing isn’t good enough; it’s just that there is not enough time in this film for us to see a believable romance from start to finish.

Do you agree with any of these? 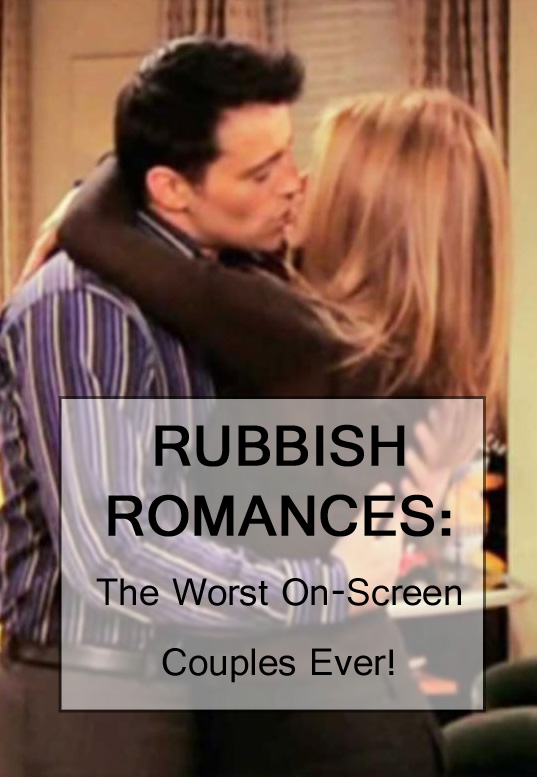 2 thoughts on “Rubbish Romances: The Worst On-Screen Couples Ever!”

I wouldn’t mind another sunny evening stroll in a rose garden ❤️
Absolute Pemberley vibes 😍
Weymouth Harbour 😍
Spotting spring blooms @ordsall_hall 🌷
Williamson Park - what a beauty! 😍
Days off are great for visiting places right on your doorstep. This week I explored @ordsall_hall from top to bottom - something I haven’t done in years! It’s an interesting place to visit with a fab programme of seasonal events too - including my favourites, wreath making workshops and outdoor theatre productions.