“The more you read the more things you know” – Dr Seuss 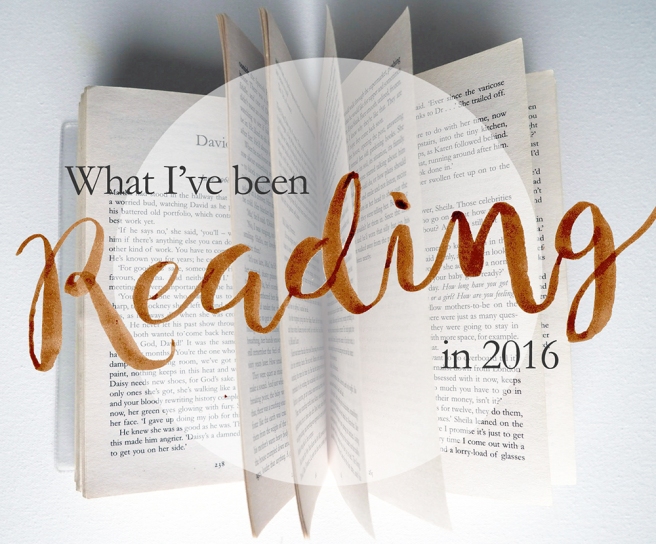 I’ve made it my mission to read a lot more in 2016, and it’s going pretty well so far with 8 books under my belt since January. Here’s what I thought of each of them, in order of best to worst…

The one I loved:

Being a huge fan of the Lord of the Rings and the Hobbit, it’s surprising that this book has been on my bookcase for years without me ever managing to read it. In fact I’d tried to start it a few times but just couldn’t get into it. This time I was determined though, and even though it still took me a while to get into it (it has a very slow start), it really paid off. By the time I got to the end I loved this book! Not only is it epic, engrossing and memorable, it also adds so much background information to everything I know about Middle Earth. It’s the story of the history of that world, from its creation story to the epic adventures of the first elves and men. I’ll certainly never watch the film trilogies in the same way again and it has even inspired me to reread the Lord of the Rings, which I’m sure I’ll get around to at some point this year.

The ones I quite enjoyed:

I enjoyed this book and managed to read the whole thing in 2 days because it’s just so gripping. But I have to say, I didn’t love it. The problem is that its full of unlikeable characters and grim situations, and I just don’t think it was my thing. The train travelling to and from London on hot summer days sounds like it could be the setting for something pleasant or inspiring, but it’s not that sort of book at all. Every character had rather a depressing story and I wasn’t really rooting for any of them. But I will say that it was a well-written and exciting mystery, and definitely one to read if that’s your sort of thing.

I really enjoyed my first JoJo Moyes book, although I found it slow moving at first. It’s the story of positive-thinking independent single mother Jess, her gifted young daughter and her awkward teenage stepson, and a car journey they make across the UK with the reluctant help of Ed, who has his own problems to deal with. I found Jess’s chaotic life situation quite annoying at first, but the story of the gradually developing relationships between all the characters was actually really well written and believable and not too predictable or cheesy. In general it was better than most chick lit out there.

If I had to pick one chick lit author as my favourite, it would be Harriet Evans who wrote my favourite book of this type – A Hopeless Romantic. None of her other books have ever matched it but I live in hope that she will write one that I like as much one day. Not Without You is slightly different because romance is of secondary importance to the plot. Instead it tells two parallel stories about fifties actress Eve becoming a glamorous movie star during the golden age of Hollywood; and current day A-list move star Sophie. I loved the glamorous settings and insider viewpoints of the movie industry. Both characters were very likeable and down-to-earth, and I found it a very engaging read as both of their stories started to intertwine.

After loving one of Karen Swan’s books once (review) I have tried reading some of her others, but pretty much every time I have been disappointed. I had very high hopes for this one, the story of a glamorous and sassy ballerina and a powerful man trying to pin her down. I enjoyed the ballet aspect of the story as well as the glamorous settings and quite a few of the characters, who were more interesting than you usually get in chick lit. But her writing style can be quite annoying, and as with all Karen Swan’s books, I found it very predictable.

Another Harriet Evans book, but this time a family saga with each chapter told from the perspective of a different member of the family. It was a nice story full of interesting characters and settings and plenty of hidden family secrets. I enjoyed the read, but I think some of the story lines were better than others and I’d have preferred to read more about those than have a bit of everybodys’.

I decided to read this after enjoying the One plus One, but I didn’t realise that this was one of JoJo Moyes’ first books and she has improved a lot with experience. It wasn’t in the same league as her more recent ones. It’s a story of lost love and a shabby English seaside town told in two parts, the past and the present. In theory it could have been lovely to read, but I found it a bit disappointing and dull.

Another predictable Karen Swan romance. I thought this one would get me in the holiday mood because its about British girl Rowena spending the summer at the elite US beach resort The Hamptons when her long-term boyfriend goes travelling without her for six months. Instead it just really annoyed me because it was so predictable and there wasn’t even any chemistry between Rowena and the guy she is supposed to be reluctantly falling for. There was a “mystery” element to it, which I suppose kept it all moving along, but overall it wasn’t that enjoyable to read.

I’m happy to say that none of the books have been truly awful though! And although a lot of my 2016 reads so far fell into the “chick lit” category, I have a lot more variety planned for my next batch of books. What have you been reading, and do you have any recommendations?