I’d never seen a show at the Royal Exchange theatre, which probably made it the only theatre in Manchester that I hadn’t been inside. But it’s always nice to see and do new things, so this weekend I watched the Sweeney Todd there – a suitably gruesome show for Halloween week. 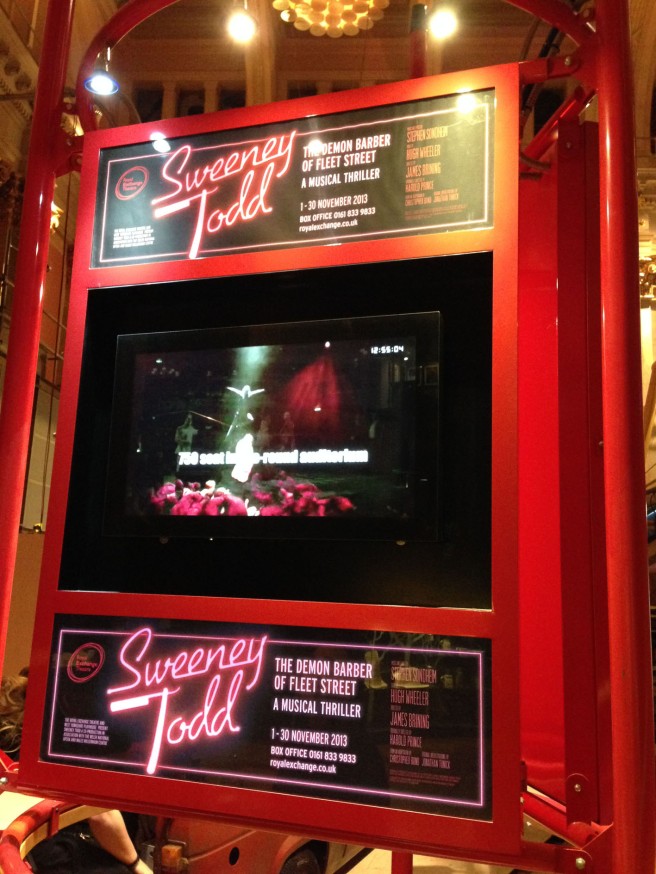 First of all, I was pretty intrigued by the theatre itself. It wasn’t what I was expecting at all! Within the centre of the Victorian Cotton Exchange Buildings and amongst the historic features of the building – marble pillars and domed ceilings – is a unique and contemporary construction which forms the theatre space. Productions are performed in the round here, so the stage area is the centre of the theatre “capsule” and the audience are seated all around the edge. If you’re sat in the gallery seats, as we were, they are accessed through staircase around the outside walls. A very unusual and creative concept! 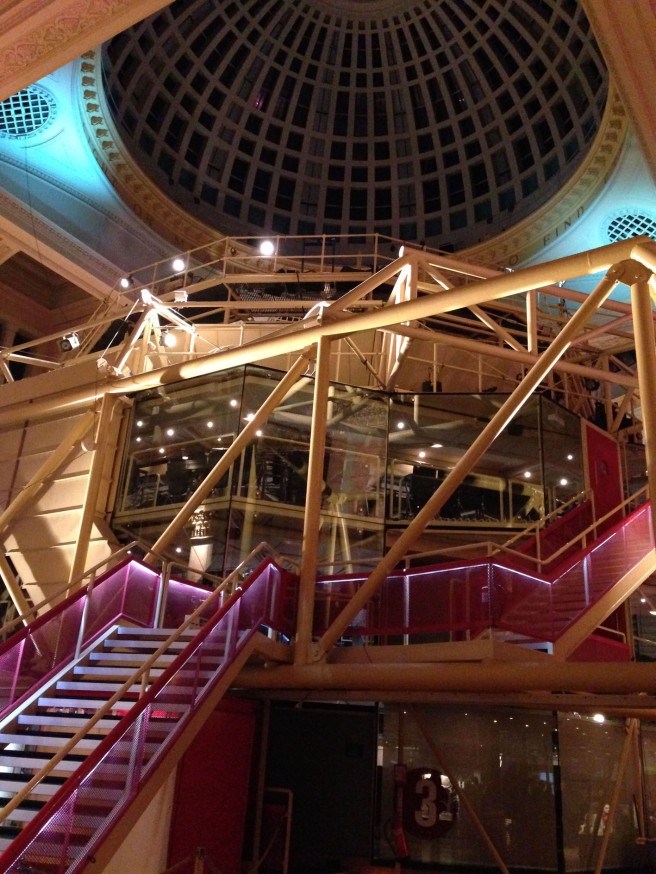 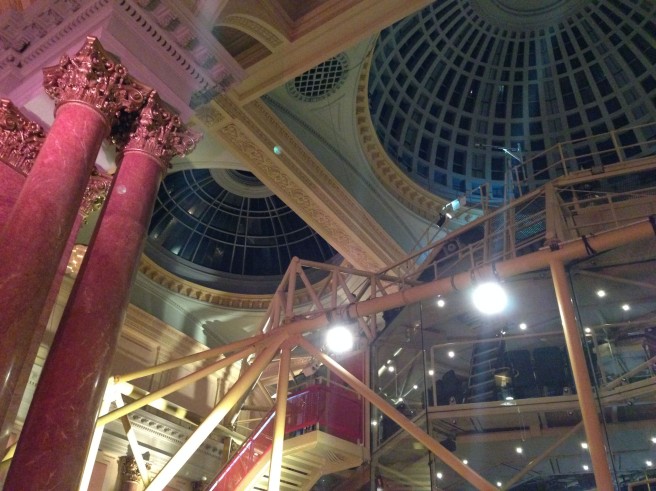 So on to the show. First of all I should say that Sweeney Todd has never been my favourite musical – I’m just not keen on the music of Stephen Sondheim. As the story of a murderous barber who slits his customers’ throats and the pie shop owner (Mrs Lovett) who disposes of the bodies by using them as fillings for her pies, it’s a bloody tale and one that’s full of despicable characters. But the fact that it is darkly humorous rather than serious horror (it’s a musical after all) does make it enjoyable.

This production of the show updated the usual setting of Victorian London setting to the 1960’s, which worked pretty well actually, and allowed for extra opportunities to exploit the darkest parts of the story and some of the seedier characters. Seeing it in the round was very interesting to see, as it meant coming up with some creative staging ideas. Also I’ve never seen the parts of Sweeney Todd and Mrs Lovett performed as well as this (by David Birrell and Gillian Bevan) – a great combination of demonic and amusing. The scenes with the two of them were some of the best to watch. 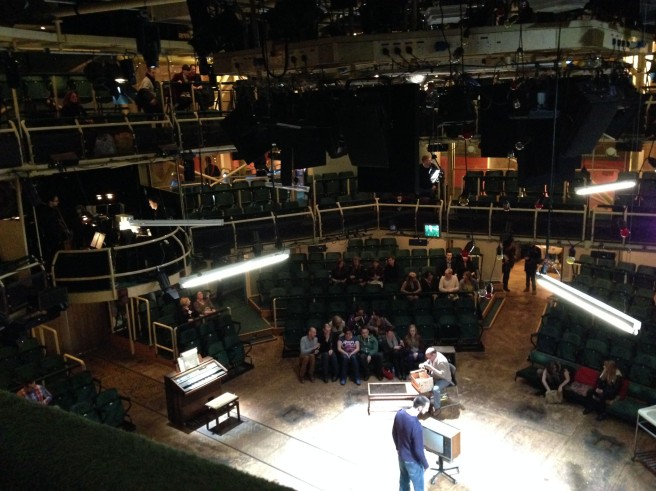 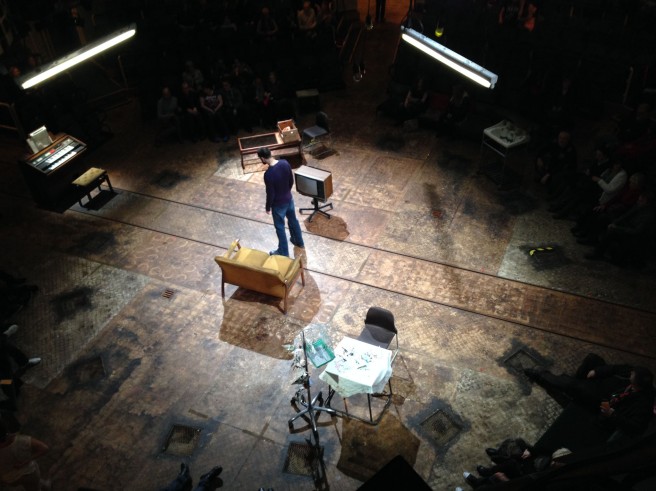 (These photos were taken of the pre-show sequence)

Sweeney Todd is on for the whole of November, and I’d recommend this show for people who don’t particularly like traditional musicals or do like dark comedies, or for anyone who just wants to see something a little bit different. I’ll also be keeping an eye on what else is showing at the Royal Exchange, as I think anything performed here will be done in a very creative way.