For my hen weekend a group of us stayed in a lovely holiday house in Matlock, Derbyshire. If you don’t know much about Matlock (we didn’t) it’s a lovely town on the edge of the Peak District with plenty of coffee shops, wine bars, parks, walking routes and cute shops. It’s also driving distance from Bakewell, Buxton and other pretty Peak District towns.

Anyway, one of our (almost) impromptu activities (we only booked it a few days earlier) was Deception Escape Rooms. I love doing an escape room and have now done about 10 in total with various brands. So when I found out that Matlock’s first escape rooms were literally round the corner from the house, I definitely wanted to fit it into our plans! 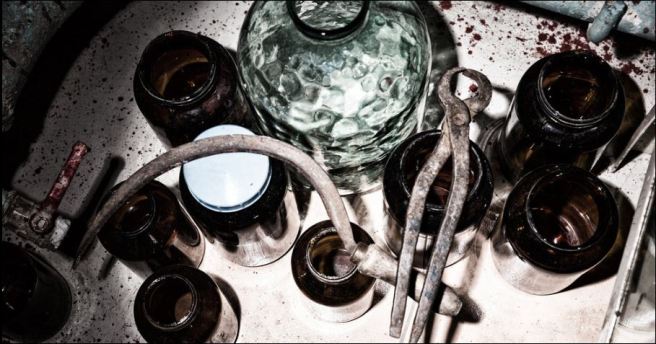 The room we did was “Trapped”, which is set in Victorian England in the office of Dr Papet who has returned from war and is conducting creepy scientific experiments in private. The aim is to break into his office and discover the secrets behind some strange goings on and mysterious disappearances.

I thought this was easily one of the best escape rooms I’ve done. A lot of thought had gone into creating a very immersive experience, and the level of detail that has gone into creating the room is brilliant. It’s not just about the inside of the room either – before you even go through the front door of Dr Papet’s office you are stood on a spooky replica Victorian street!

The puzzles themselves were very elaborate and some were very unusual – quite different to anything I’ve seen in other escape rooms. Although I don’t want to reveal any spoilers about what happens, I’ll just say that it was very atmospheric and quite scary at times but that just added to the fun! Although it was quite a tough room we were successful in getting out in time, and my escape rate is still looking pretty good as there’s only one I’ve ever failed!

I’d highly recommending Deception Escape Rooms and I actually wish I lived a little closer so that I could go and try one of their others!

And while you’re here, why not check out some of my other escape room reviews:

Escape from the creepiest motel at Breakout Manchester