Two things were really great about HOME‘s sell-out production of Romeo and Juliet performed at Victoria Baths in Manchester. 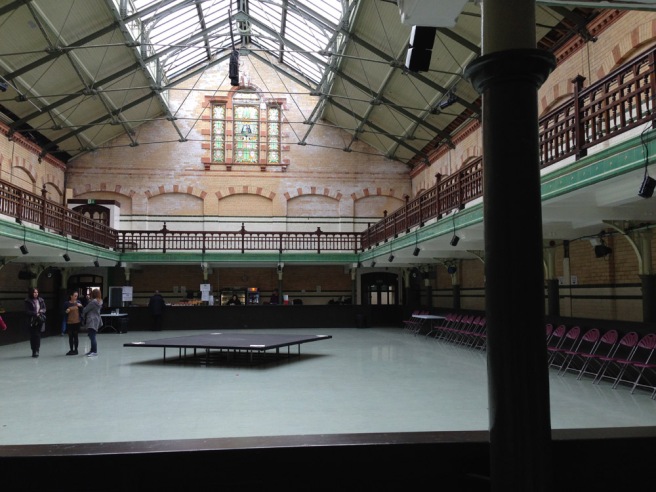 With its original features, emerald green tiles, stained glass windows and wooden dressing room cubicles with the original paintwork peeling and cracked, the faded beauty of this listed building makes an increasingly popular and unique shabby chic wedding venue in Manchester, and it became an atmospheric and romantic setting for Romeo & Juliet. 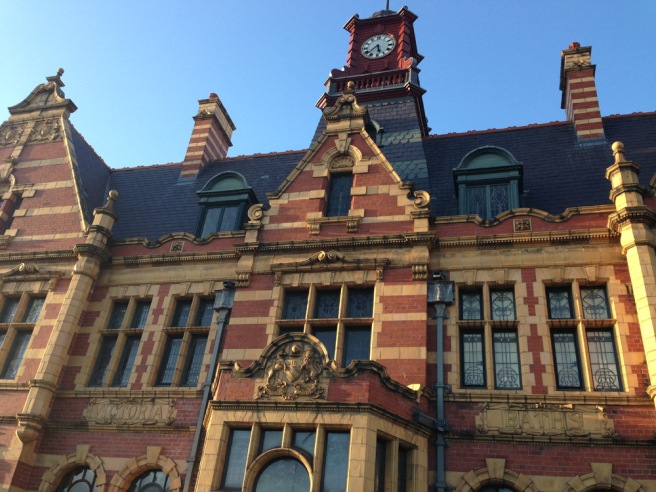 To suit this setting the play was set in the criminal underworld of Eastern Europe and came complete with haunting score of Eastern folk music – and I loved this touch. The production was extremely creative, with three quarters of the play performed in one of the swimming baths which had a purpose-built stage running across it. The audience was seated around the balcony and also stood in the actual pool! They even made use out of those curtained cubicles running along the sides! 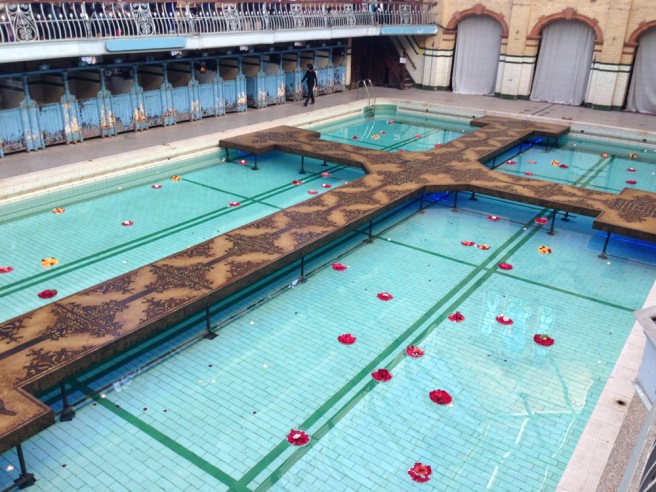 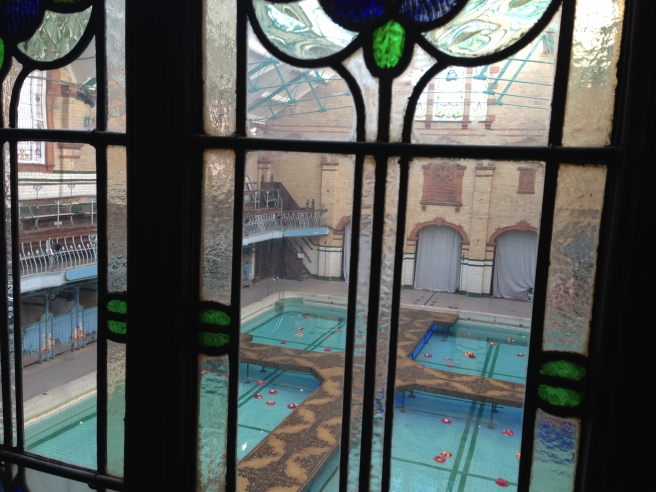 The audience was then moved around into two different baths for the final scenes, including the stunning finale where Juliet’s sleeping body was laid at the centre of a giant ornamental cross suspended in a water-filled swimming pool (the only pool that contained water for this production) which was surrounded by floating candles and flowers. It was such a beautiful and surprising scene and I was only disappointed that I didn’t get chance to see it at night time as it would have been stunning in the dark, lit only by the candles and some low-level lighting!

And it’s also worth mentioning the art installation in the upstairs rooms of the baths. These rooms have fallen into disrepair but became living art through paper sculptures and video projections. I’m not really sure what it was all about (other than that it was meant to draw on the themes of the play) but it was a great chance to explore some more forgotten spaces.

So as you can tell I’m feeling extremely cultured, and also very lucky to have caught this unique production!